Our Posts
Rare Double 8mm Film with SoundAre We Big?Celebrating Another Year in Business!How Much Film is on My 8mm Reel?How Best to Edit 18 fps Video Files4K vs 2K 8mm Film TransferWhat is a Burn Hole?Archival Grade Slide TransferCompare Our 9.5K Slide Resolution to OthersWhat Makes Our Slide Transfers Exceptional?View all Posts I came into possession of some very special film reels recently — old home movies that supposedly contained footage of my mother. She has been gone since 1980, and until I received these reels, no video of her was known to exist. The prospect of seeing her alive and happy again, even if only on video, was thrilling.

I had no way to capture this footage, though, and the notion of handing it off to strangers was a bit terrifying. These very old 8mm reels were surely delicate, and probably quite deteriorated, but to me they were priceless and irreplaceable.

I did some extensive homework, and finally, through word of mouth, I found FilmFix. From the outset, their bedside manner inspired confidence. They returned my call very quickly, then walked me through their process, discussed the various options available, and quoted an estimated price. I was still nervous, but I at least had the comfort of knowing that I was in good hands.

Fast forward a week or two: I had multiple copies of my precious footage, both raw and color-corrected, both uncompressed and formatted for upload. It was everything I could have hoped for. Every single promise FilmFix made, they kept—except for the price, which was actually lower than the one they quoted me.

I could not be happier with my decision to trust my footage to FilmFix.

(Our testimonials are verified: Since our start in 2005, both the testimonial and any personal identification seen below them is posted only after attaining our customer's written permission.) 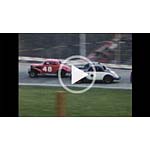 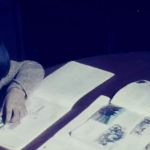 Our Super-8 Transfer as Compared to Theirs

Recently, we were given a tremendous gift! A customer, Rob C. of Washington, asked us to ...

We'll start by showing you the end-result, so let's work backwards. This short clip shows ...